Hydropower was first recorded at Hillmount in 1720 when a Bleach Green was established on the River Maine. Two waterwheels were in operation until the 1880’s when two open flume Francis turbines were installed. These turbines continued to operate until 2015 when the electrical system finally failed and a re-think was required.

There was much consultation on the merits of an AST as opposed to a Kaplan turbine but the final decision was made to install a single horizontal axial flow Kaplan turbine with ½” screen and screen cleaner in the same position as the original 1720 waterwheel had been, all provided by Hydrohrom from the Czech Republic.

Hydroplan carried out the survey and the civil design and the scheme was delivered on time without any issues using a local civil contractor. 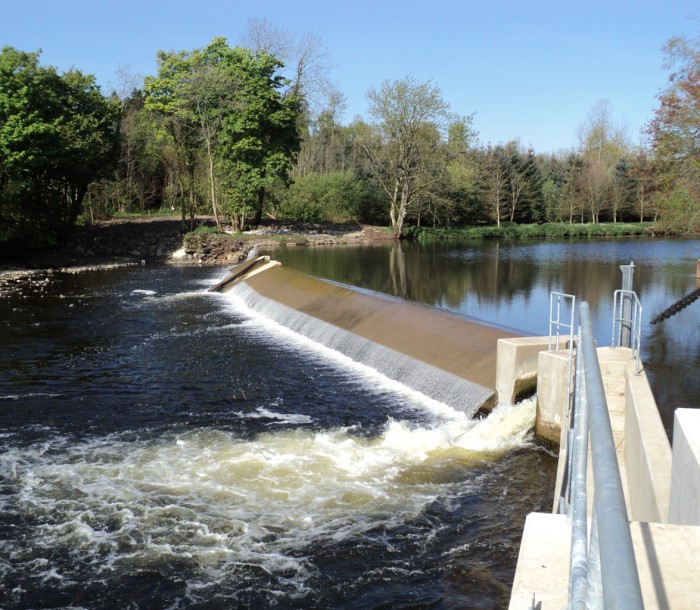